Dr. Jerry Mixon, who is a physician registered in our Age Reversal Physician Directory, has a remarkable personal story he shared with us. It involves a history of injuries and pain from his time in the Vietnam war, and the highly promising effects of a combination of hormone balancing, inflammation control, senolytic therapy, and exosome treatment.

Dr. Mixon gave us permission to share his email with you; you can read it below. Also included is Bill Faloon's email reply to Dr. Mixon. 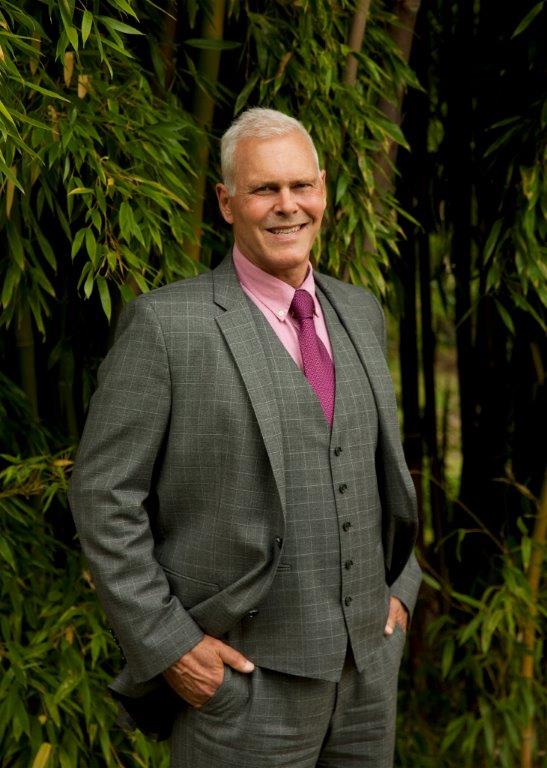 I’m afraid this note is going to be a bit lengthy. I will apologize in advance, but I need to set the stage a bit.

Back in 1965, at the age of 17, I joined the United States Army. I volunteered for the paratroopers, volunteered for Vietnam, and wrangled myself into a specialized combat unit. As a result of my youthful adventures, I suffered multiple gunshot and shrapnel wounds. One large caliber round cut all of the extensor tendons in my right forearm. Two rounds passed through my left arm entering on the extensor surface and exiting on the other side. One about 2 inches below my elbow, and one actually going through and shattering the elbow. It took me more than a year of assiduous work to get so that I could extend that arm, and I still lack about 15° of having full extension. A grenade shredded my left knee, leaving a wound that drained pus for most of the year. Another round clipped my right ankle, one entered the posterior aspect of my right thigh, a large caliber round skimmed just over my back while I was involved in a gunfight with a machine gun crew. That one took off most of the right side of my ass. At least I have a divot in which I can wear my wallet now. I took 2 hits in the chest, one on the left side, which has left a piece of metal in the center of my chest embedded in the diaphragm just below my heart, and the 2nd one in the right posterior side of the chest, which fortunately did not penetrate too deeply. I have dozens of little pock marks from small bits of flying metal and gravel on my arms and shoulders.  I list all of this not to elicit any sort of sympathy, I did the job that I believed needed to be done and accepted then, and still accept now, the consequences of my own decisions. I bring this up to explain that I have had pain every single day of my life since 1966. Sometimes the pain was sufficient to seriously curtail my activities, other times it was simply a nuisance. But I do not believe there has been a single pain-free day in the intervening decades.

In 1997, I began a course of what is often referred to as antiaging therapies. For the last 22 years I have measured all of my inflammatory indices, 8 different hormone levels, as well as the more standard biological markers. During that entire period. I have maintained my testosterone, DHEA, pregnenolone, progesterone, estradiol, IGF-I, free T3 and free T4 within the mid-range of a healthy 25-year-old man. Keeping my anabolic hormone load in a robust youthful level diminished my pain perception significantly. But it did not abolish it. About 2015 I developed a product that is sold under the brand name Relief Factor and whose purpose is to decrease inflammation and musculoskeletal pain. Daily use of this product has also decreased my pain to a more tolerable point.

I tend to use my body heavily. I run 3 ½ miles in 30 minutes about 5 days per week. I work out with weights 45 minutes a day 3 to 4 days per week. Despite being 71 years old I can bench press 220 pounds, run, jump, leap, and cavort in ways that have made my life a joy. The one fly in my ointment has been that damn pain that never really has gone away. At least it had never gone away until a couple of weeks ago.

In April 2018, I went to Panama to receive intravenous stem cell therapy from Neil Riordan’s clinic. That did increase my strength and energy to some degree, but did not get rid of my pain. Unfortunately, a few months after my stem cell infusions I developed a pericarditis. In my age group, the most common reason to develop a pericarditis is an autoimmune reaction to a viral illness. I did have a six-year-old at home, (now 7) who, like every six-year-old, would bring viral illnesses home from school. But I had also recently put foreign DNA in my system with the MSC infusion. I have absolutely no way of sorting out whether this was viral or result of the stem cell infusions. I’ve chatted with Neil about it, he assures me that it is very unlikely to be a result of the stem cell infusions. Nevertheless, it has raised my anxiety about repeating the MSC procedure.

About 5 months ago I did an intravenous infusion of Kimera’s exosome product. I noticed a marginal improvement in my physical performance, but little or no change in my pain level. Being a born risk-taker, I decided to see what would happen if I were to abolish my senescent cells and then do the Kimera infusion. Rather than use the Age Reversal Network protocol, which called for generic Sprycel (dasatinib) and quercetin one day per week for 2 weeks in a row, I opted for the protocol used recently in a multicenter study that used dasatinib 100 mg daily for 3 days each week for 3 consecutive weeks in conjunction with about 2000 mg of quercetin on each of those days. A week after completing this three-week course of therapy, I took a 2nd intravenous dose consisting of 3, 5 mL vials of exosomes produced by Kimera. I’m writing this rather lengthy missive to report that starting about one week after that 2nd infusion, and 2 weeks after completing the three-week course of senolytics therapy, I am totally pain-free for the 1st time in my adult life.

I have absolutely no pain anywhere. Not a twinge, not an ache, no soreness, absolutely nothing! After about 54 years of daily discomfort. I feel as I did during my adolescence prior to my injuries. I do not know whether to ascribe this to the senescent cell therapy, the Kimera product, or a combination of those 2 therapies in conjunction with my very aggressive hormone balancing and anti-inflammatory supplementation. Since everything I had done prior to these 2 recent therapies had indeed been successful in decreasing my pain and keeping me physically active and vigorous, but those therapies had not successfully abolished my discomfort. So I’m quite confident that my last 2 interventions had a supra-additive effect on my previous interventions.

I’m frustrated as hell that we do not have good markers for senescence that are available on a commercial basis. I don’t qualify for the formal studies that life extension is using because I’m already doing so many other things. But I just thought I would let you guys know what has happened.

Dr. Mixon can be reached at Jerry.Mixon@LongevityMedicalClinic.com.

Your case report is incredible and is somewhat consistent with what was observed in the clinical trial (unpublished) with osteoarthritis patients using less aggressive dasatinib/quercetin!

Most important going forward is the sustainability of your improvements.

Please keep us informed because we are seeking to nail down the optimal dose scheduled for repeat exosome and senolytic treatments.

Thanks so much for reporting this!